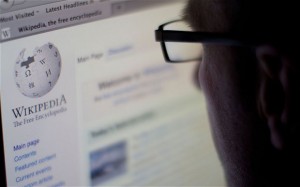 Analyzing the Reliability of Wikipedia

In seeking to test the credibility and reliability of Wikipedia as a valid and accurate research source, I chose a topic that I am well-versed in: the Palestinian-Israeli Conflict. Divided into the sections below are my thoughts on the history, discussion, and references encompassed on Wikipedia’s page of this topic.

History of the Palestinian-Israeli Conflict: Did Wikipedia Get it Right?

Initially upon my first overview of the history section of the conflict, I was impressed overall with the coverage given to the historical events.  In many ways, this conflict is complicated in nature and definition, with many various ideas circulating among the academic community as to a concise definition of the conflict. The one provided on the wiki page is very clear in my opinion and does not confuse the reader by inundating them with terms and events that are not central to understanding the heart of the issue. While I am sure many scholars or students of Middle Eastern history and/or politics would see the simplified definition as un-inclusive and understated, I believe that for the purposes of Wikipedia the article did a great job. When I think of Wikipedia, I view it as a source of initial resort, the first page that readers go to in order to gain general knowledge on a subject, not for an academic analysis. For that reason, I think it would be a disadvantage to Wikipedia and to its general audience of users to have definitions and explanations more in line with the general academic public. Most readers are trying to get the gist of things, not write a dissertation on the subjects they search through Wikipedia. Having said this, I felt that the history of the issues surrounding the Palestinian-Israeli Conflict were lacking in that human rights was for the most part, kept out of the discussion, and the introduction ended with the year 2010, rather than 2012, the current year of when I viewed the page. While both are seemingly minor details, the fact that this conflict is one that is still ongoing demands that articles discussing it be kept up to date.

Discussion of the Palestinian-Israeli Conflict: What Wikipedia Had to Say

Again, I felt that the range of topics covered by the Wikipedia article on this subject far exceeded my expectations for the site. Included below is an image taken from the webpage depicting the issues covered within the conflict:

Prior to viewing this page, I had a number of key events in my mind that I felt must be included on a discussion of the conflict. I was impressed to find that a majority of these were included on the wiki page. In addition to this, I really enjoyed that the page also included polling data on the desirability of a two-state solution from the view point of both Israeli’s and Palestinian’s over a number of years. During my time studying the conflict, I had gained extensive knowledge of the two-state solution, as well as the average number of proponents on both sides, but I had never seen the data compiled together. This, I felt, was very advantageous as well as easy to comprehend for those you did not have much background on the issue. I also enjoyed that they included a few maps related to the settlement issues, allowing readers with little knowledge on the region to have some idea of what was being discussed. 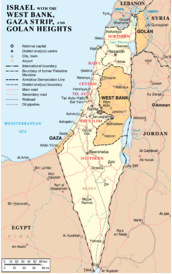 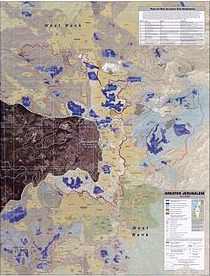 In addition to this inclusion, the wiki page also discussed the current issues surrounding the conflict, most of which centered around the Israeli government and the violence of the Palestinians. If I had anything to harshly critique it would be these areas. As far as the Israeli government was concerned, the page introduced terms and offices specific to Israel that, unless the reader was well-educated on the subject, would not understand. Also, the majority of the discussion of violence in the conflict was biased, implying and even explicitly stating that the Palestinians attacked Israel unprovoked, not even going into the numerous accounts of Palestinian deaths at the hands of Israeli government officials. Another aspect of the conflict that I felt was not handled well was the treatment of Palestinian refugees. To start with, the wiki page confined the discussion of refugees to those forced out of the country only in 1948. In addition to this, the page failed to cite the root cause for the existence of these refugees, namely the Israeli government and their illegal acquisition of Palestinian homes. The article in this section, for myself at least, felt too biased to be considered academic value. This being said, I would reiterate that I view these pages as simply starting points for academic research, rather than the final stop. If a student or reader would continue to do more research after this article, they could clearly see the issues that I have pointed out and factor that into their work. Given this idea, I would not discredit this wiki page, or even Wikipedia, as a source of good information on the web.

Sources for the Palestinian-Israeli Conflict: Did Wikipedia Get it Right?

This was one of the areas where I was most impressed with the wiki page. The list of references in this article reaches over 200 sources, many of which I had heard before or read myself, giving me a sense of confidence in the article I had read. This is one aspect that I really like about Wikipedia and that even makes it a viable source of information for me. While it is true that anyone with a computer or access to the internet can go in and change the information on a page or add new things to it, it is not done without reference to their source (or, if it happens to be included without it, Wikipedia is quick to notify the reader to that fact). This really places the power of determining accuracy in the hands of the reader. While many complain that Wikipedia is not accurate and that it deceives students and readers into believing information that isn’t true, I would be quick to turn the accusation around on them. As a researcher or true academic, it is your job to determine the validity of the sources that you read, whether they come from Wikipedia or from an academic journal.